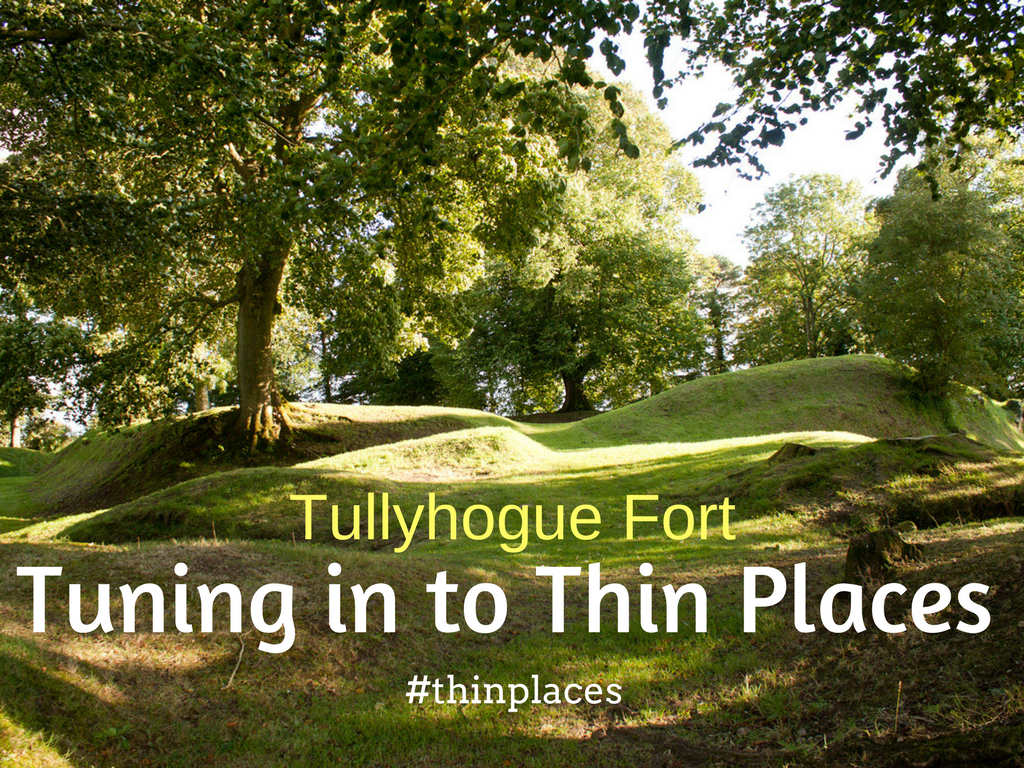 In this podcast, we’re going to talk about the energetic pull of the earth and how people have felt that pull over the ages. If there’s one phrase I hear repeatedly from people who read my posts or come on our tours it’s that they have “felt a pull or a draw” to a particular place. Ireland is frequently mentioned.

Joseph Dispenza in his wonderful little book, The Way of the Traveler states, « All travel is inner travel. »  He goes on to say in the introduction…that the « call to travel » is as much a part of the journey as the actual travel itself. Dreaming of the travel… imagining what we’ll see, how we’ll feel, what we may learn, who we may meet … it’s all a part of the entire travel experience and the change — the inner change that happens to people when they travel.

For some of us, that call to travel or dreaming of travel feels almost like a romance… something out there is pulling us, creating a yearning – a thirst that can’t be quenched until we get to that place. It’s as if the place itself has some power or capability of relationship.

Mahatma Ghandi said, “There is an indefinable, mysterious power that pervades everything. I feel it, though I do not see it. It is this unseen power that makes itself felt and yet defies all proof, because it is so unlike all that I perceive through my senses. It transcends the senses.”

Some of you have probably heard about ley lines. This term refers to invisible lines of energy that run through the earth in a grid-like form. Water tends to run along these lines and people with high sensitivity to these lines of earth energy had methods of finding water and springs by connecting with the lines through dowsing – using a forked branch or metal rod. Many of the first nation people used only their open palm stretched out in front of them to feel the energy vibration and locate water … or perhaps they used the lines to for other things … like where to locate sacred ritual spots.

We know that many ancient civilizations erected temples, ritual sites, gathering places and burial mounds in straight lines. In fact, the remains of old ritual sites are often found in straight line patterns across the earth. Freemasons tracked energy lines when building and designing castles, cathedrals and burial grounds. They made use of volcanic plugs – which are places where molten rock hardened in the event of an active volcano « plugging up » so to speak the enormous pressure within the volcano. These are considered power points in the earth.

All of this is very interesting but what does it mean to us as travelers or people who feel drawn to particular places? We don’t know. But the discussion raises interesting questions. Like … can we be affected by that power within the place? Does it help us connect with a higher form of ourselves? help us focus… help us on that inner journey? Are they portals to another dimension? Can we access that other dimension?

Let’s talk with Annie Conboy and listen to what she has to say.

Annie Conboy is a spiritual counselor, intuitive medium and energy healer who has been practicing for eleven years publicly.  Annie is from Hebdon Bridge in West Yorkshire, England. She is a mother and works full time as an intuitive.

Northern Ireland has such a mystical landscape because much of it has been left untouched by development and tourist intrusion. So, go there while you can before this pristine landscape vanishes with the economic prosperity that comes with enterprise.

You’d never know that just off of an old country road south of Cookstown in County Tyrone was an ancient royal site still well intact. It’s surrounded by beautiful farmland and rolling hills, and the turnoff, while well marked is doesn’t indicate near the fanfare that this powerful site should have.

Tullyhogue. The name means  “mound of the young men.” In the eleventh century, it was an inaugural site for the Kings of Ulster – the northern province of Ireland. These would have been the O’Neil’s of Tyrone. The O’Hagans were the stewards who cared for the site and managed the royal gatherings and site rituals. Hugh O’Neill, the last of the chieftains to be crowned here in 1593. Twelve years later, he and the last bit of Irish royalty fled Ireland and the plantation of Ulster began.

There was a great stone chair at Tullyhogue – a coronation chair heaved out of a large boulder. The chair was noted on a map done by Richard Bartlett done in 1602. It shows a rude sketch of the coronation on Tullyhogue with the king seated in the stone chair, which sits atop a hill. A half dozen men standing around him with an O’Hagan holding a single shoe over his head. The notation below it says “Tulloghogé, On this hill the Irish Create their O. Neale.”

The single shoe ritual is remembered as a coronation tradition, but the details of its meaning are sketchy.

When a king of a clan was crowned :

Characteristics of these royal sites

Tullyhogue is still beautifully intact. While there is no chair – part of the chair is believed to be incorporated into the stone wall of a nearby church.

Tullyhogue is also one of those sites that you want to return to … you want to go back and re-experience what you had there … but every time it’s a little different.

Don’t rush when going to this site. Take time to read the signage that tells the stories of the O’Neills, the O’Hagans and what happened on the site. It makes for a rich experience.

Beyond the East the sunrise, beyond the West the sea,
And East and West the wander-thirst that will not let me be;
It works in me like madness, dear, to bid me say good-bye;
For the seas call, and the stars call, and oh! the call of the sky!

I know not where the white road runs, nor what the blue hills are;
But a man can have the sun for a friend, and for his guide a star;
And there’s no end of voyaging when once the voice is heard,
For the rivers call, and the roads call, and oh! the call of the bird!

Yonder the long horizon lies, and there by night and day
The old ships draw to home again, the young ships sail away;
And come I may, but go I must, and, if men ask you why,
You may put the blame on the stars and the sun
and the white road and the sky.

~Gerald Gould was born in Yorkshire, England in 1885 and died in 1936 in London. He was a journalist and a supporter of women’s suffrage. “Wander-Thirst” is his most quoted work.

The Collected Poems of Gerald Gould

I’m going to end with a book recommendation.  The book is The Way of the Traveler – Making Every Trip a Journey of Self Discovery by Joseph Dispenza

This is a little book you can read in a day or you can read it in little clips over the course of a week or month.  I even have the audiobook and find it great for listening to the car. The book is a collection of reflections on the spiritual aspects of travel, and a call to be changed internally by every travel experience.

Dispanza is a former cloistered monk. He’s also a scholar having taught at American University in DC and the College of Santa Fe in NM.  He presents a method of travel that promotes self-discovery and uncovering a life path through travel.

The book has five parts – all stages of travel

The Call to Journey – – the Preparation – the Encounter (or actual travel experience) – the Homecoming and Recounting the Tale. The insights communicated in the book aid the individual travel experience in an amazing way. There are concepts to explore, like being fearful of certain travel experiences and how to discover the root of the fear. But there’s also practical advice like what to take with you, bringing back gifts and how to travel so that you will also retain great memories so that can revisit the experience in your imagination.

The book also has scores of quotes and exercises to reinforce the concepts presented in each section.

The Way of the Traveler: Making Every Trip a Journey of Self-Discover by Joseph Dispenza

Thank you for listening to the Thin Places Travel Podcast. If you have questions, thoughts, travel stories or sites you’d like us to feature on this podcast, you can find us on the web at thinplacespodcast.com. Just click the contact link. You can also find me on twitter at @travelhags   and on Facebook at facebook.com/thinplaces.

If you’d like more information on our tours, you can visit our website at thinplacestour.com. And if you enjoyed this episode, please give us quick rating and review on iTunes – under Thin Places Travel Podcast., and consider subscribing.